I have never seen work by the likes of Frantic Assembly before, and I admit I wondered how on earth they could effectively combine dialogue with movement without it looking stilted or cheesy. In Lovesong, however, I was treated to a beautifully crafted piece that melted together speech, movement, and music, in a stunning and emotive way.

Written by Abi Morgan (Iron Lady, FA’s Beautiful Burnout), we follow Billy and Maggie, a couple who have been married for over 40 years and are now reminiscing as Maggie reaches the end of a battle with illness. As they go around their daily lives, we get glimpses of the past – the first time they stepped into their house, numerous arguments, and lazy evenings sitting beneath the peach tree. It is a simple story of long-lasting love, the trials that come with marriage, but ultimately the way it sticks through until the very end. Sam Cox and Siân Philips play the present-day couple, lovingly familiar, and no longer caring about pretences; Cox portrays the older Billy with a lightness that hides an undercurrent of anxiety and desperation, understandable as he watches his wife fade. Philips’ performance is steadfast and honest, showing both a reserve of strength and vulnerability. The young couple – played by Edward Bennett and Leanne Rowe – show us the roller coaster of those first few years together. Heartache and happiness go hand in hand as Bennett and Rowe provide believable chemistry and feeling, along with graceful pieces of movement that capture their moments together.

The two couples complimented each other in a sensitive way, brought to life by moving sequences where the past meets the present, and thoughtful projections enhanced the mood. As I have mentioned in other reviews (here and here), the introduction of cinematography in theatre when used creatively can build on the piece, rather than detract or overwhelm it. In this case, the set of blank flats (designed by Merle Hensel) acted as a canvas upon which snapshots of memory were projected behind the live action – the image of a hand running across cave paintings showed us Billy’s thoughts as he looked back and welcomed us to share in his nostalgia.

For a piece of real affection, consciousness, and reflection, the direction of Scott Graham & Steven Hoggett does well to provide its audience with a sense of heart in the story, bringing together generations and ideas in a multi-disciplinary fashion. Frantic Assembly brings a real gem to the world of performance, to be seen as an example of true ‘feeling’ theatre. 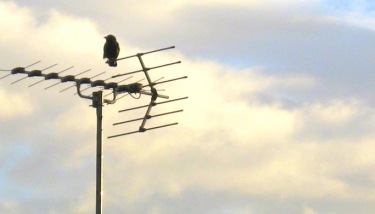